Back some time ago, I wrote a piece on the failure of the Microsoft Vista operating system.  Poorly designed, and failing to offer any significant benefits over its predecessor - Windows XP, Vista sales came in well below projections.  In fact, Vista was so poorly received, that consumers forced Microsoft to indefinitely postpone the retirement of XP.  As a result, despite the availability of Vista, most purchasers of new PCs opted for XP over the newer offering.

Microsoft apparently learned some lessons.  The latest operating system, Windows 7, has been a hit.  Reliable and reasonably easy to use, Windows 7 is finally replacing Windows XP as the operating system to order on new computers.  It contains a myriad of features that make using the computer much more pleasant, and it's a much sleeker offering than prior Microsoft offerings.

Most of the dental software providers certify that their software will run under Windows 7, and most can take advantage of the benefits associated with the 64 bit version of Windows compared to the older 32 bit implementation.  Even though Microsoft does not plan to stop supporting XP with patches, updates, and tech support until 2014, there’s no reason to put off moving to Windows 7 when you set out to upgrade hardware, or when you run into memory limitations associated with 32 bit operating systems.

There are a few caveats.

A Windows XP computer cannot be upgraded to Windows 7 - meaning you can’t replace the XP operating system with Windows 7 while leaving the installed applications (Word, Quickbooks, Dentrix) and settings intact.  It’s necessary to start from scratch, which forces re-installation of all of the applications, and restoration of all of the data files and personalized settings.  This isn’t such a bad thing, since I rarely do upgrades even when they are possible.  Using an operating system for a year or two makes so many changes, and leaves behind so much residual “crud” that it makes sense to start with a formatted drive and a fresh build.

Second, the user interface is sufficiently different from XP that a learning curve will apply to anyone switching to the new version of Windows.  The good news is that online help is readily available, and most users will get the hang of things in a few weeks.

Finally, anyone who is nursing really old computer equipment will find that Windows 7 will not recognize these old items during the installation.  As a result, computers older than three or four years might need significant hardware upgrades to function with the new software.  Things can be done to “kludge” Windows into working with these “antiques”, but the cost of consulting hours will make hardware replacement the more cost effective choice.  I wouldn't attempt to install 7 on any computer that sports a CPU older than a Intel Core II, and I would max out the memory installed on the motherboard.  Memory is inexpensive these days, and the 64 bit version of Windows 7 no longer has the 3 gigabyte memory limitation associated with Windows XP.

Posted by Aanoosh at 4:14 AM No comments: 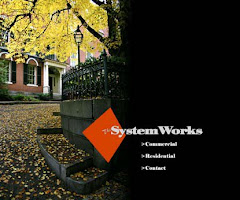